The Liverpool Families Programme invested in a pilot programme for 6 schools during 2015 – 2017 with Restorative Thinking Limited to develop a restorative practice whole school approach to improve behaviour, develop better relationships and reduce young people from being excluded from school. Six schools were recruited from across the primary, secondary and special sector.

The pilot provided leadership training and workforce development in restorative thinking practices, and each school also identified and worked with a defined cohort of pupils at risk of exclusion to track their progress (behaviour) and outcomes (attendance and attainment) over the course of the pilot. It is fair to say that each school had different challenges and successes through their journey, and therefore their outcomes varied greatly, ranging from improvements in attendance and persistent absence, punctuality, behaviour, fixed term exclusions, attitude to learning, and teacher pupils’ relationships.

Schools that took part in the pilot found ways to embed restorative practice and principles in their schools and found:

Information from the pilot, along with the views of pupils, staff and parents, as well as information about informal restorative practice in other schools formed part of the evaluation. As a result, the Families Programme included a new Restorative Practice programme as part of the successful Earned Autonomy bid and will roll out to a further 12 schools.

The pilot identified the following gaps which will be addressed as part of the phase 2 roll out:

1) Robust recruitment – Schools identified as having highs risks around behaviour, offending, persistent absenteeism and
social need indicators were invited to apply.
2) Engagement with parents – to develop an RP tool which provides parents with the necessary information about RP and
how to create a consistent learning, and behaviour approach for their children away from school.
3) Improved data collection – qualitative and quantitative data will be used to measure the impact of the project within
individual schools. This, hopefully, will not add to the existing burdens on schools.
4) Sustainability – will enable schools to develop their staff into local RP RP leads s o that other Liverpool schools can begin their RP  journey beyond the duration of this funded programme.

The pilot project generated a series of short films that show what RP looks and feels like in the Liverpool pilot schools; these videos have become a resource for other schools wanting to find out about RP: http://www.restorativethinking.co.uk/schools/resources/

From the RP pilot:

Student voices: “R P has helped me understand how my actions can affect my class mates and it has made me think about how I react in lessons and at break and lunch.”
“I like using circle time with Miss Groves as it al lows me to tell my class how I feel. Everyone listens to me when it’s my turn and I tell the class that sometimes it annoys me when they’re loud in lessons.”
“I am getting fewer 4s for my attitude to learning and more 1s and 2s.”
“I have used my RP skills to help a student in year 7.”
“I feel happier in school.”
“My attendance has improved.”

Parent voice: “My child’s attitude towards school has drastically increased over the last year since school used RP with my son. I have also noticed an improvement in his behaviour at home. His attendance has also increased and although he still has some behaviour issues, the situation de-escalates a lot quicker after the training and guidance from school on RP. I would recommend the use of RP with pupils with similar needs to my son.”

Teacher voice: “RP gives the children a sense of community and belonging. Also the children know they have a voice to be heard.” 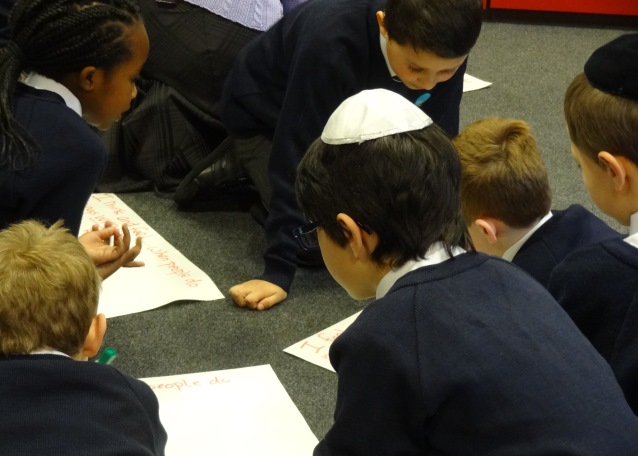