GMP has a clear vision to transform operational policing. At the heart of this is a transition towards place based policing where multi skilled officers are embedded within communities, solving the root cause of problems. Officers therefore have to be equipped with the necessary technology, skills and information to independently make decisions ‘on the go’; this could only be achieved with mobile technology.
GMP alongside its Strategic Delivery Partner – EY & technology partner HCL, rolled out c.9,000 smartphones & tablets to 6,500 officers & staff. A suite of apps were made available enabling the Force to complete a range of activities at the point of contact.

Our approach included:
• Accommodating operational needs by aligning training to shift patterns
• Training supervisors on the most effective way to manage a mobilised workforce
• Demonstrating trust and empowerment by using broad policy principles rather than lengthy prescriptive statements

The project focussed on transforming ways of working & has delivered a step change in the way in which we police Greater Manchester. Officers are now able to spend more time outside of the station, helping to keep people safe.
The roll out has enabled:
• Officers to make more informed decisions ‘on the go’ by having access to the right information
• Officers to be more visible in Manchester’s communities
• GMP to deliver more efficient policing services through reduced need to return to the station
With behaviour change being central to the team’s approach, they set up a ‘work side’ & ‘personal side’ on the devices which gives officers the freedom to use them for their own use. The contracts are set up to give them free calls & data; and the ‘work side’ has the necessary encryption to keep GMP’s data secure. In doing so, it not only created a greater sense of ownership but demonstrated the Force’s trust in their teams to use the devices responsibly. This is a big step forward & GMP is currently the only Force in the UK to put this in place.
The deployment has also generated a lot of interest across Policing with a number of other Forces including the Met, all showing a keen interest in our approach & successes to date

The GMP Mobile Team delivered the project to time and budget, from full business case approval from the Office of the Police and Crime Commissioner (OPCC) to full roll out one year later. The provisioning of devices now enables officers to complete a range of activities at the point of contact with citizens and victims.

Some highlights of the GMP Mobile Project include:
• Over 9,000 devices deployed in 9 months to 6,500 officers and staff
• The introduction of Mobile is estimated to release approximately 450 officer hours per day largely through reduced travel time
• The successful uptake of mobile led to 5.6m transactions being conducted via the device, instead of at the station or via radio
• Over 42,000 witness statements recorded digitally instead of handwritten
• Over 83,000 crimes created on mobile, which would have previously been recorded by a Crime Recorder
• Following the training, 90% of users felt more confident using the devices to problem solve in their communities 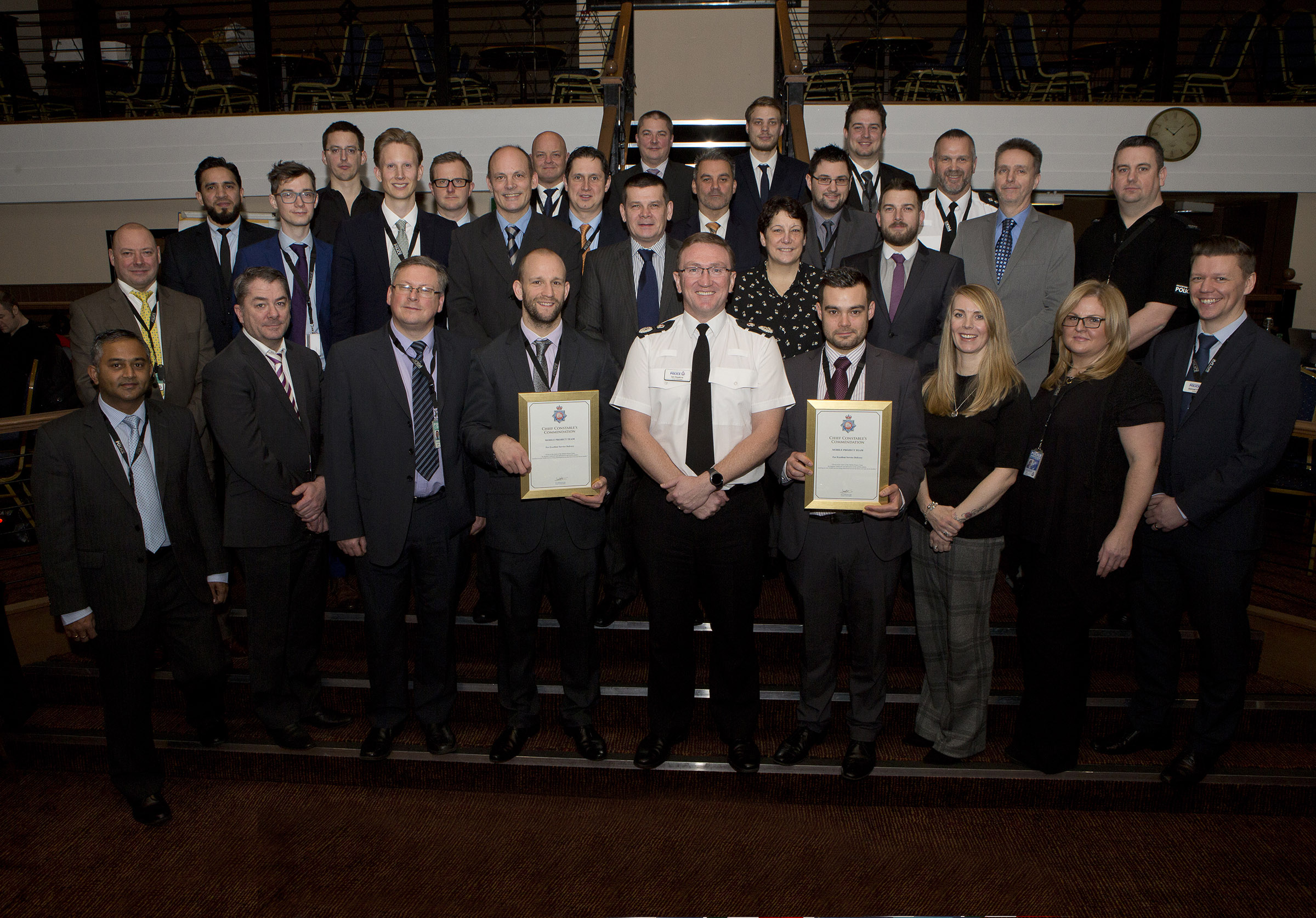